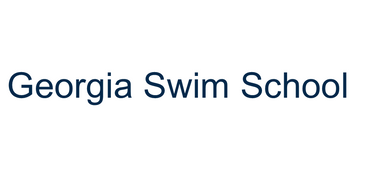 Georgia Swim School LLC will participate in WLSL again for 2023.

This is a one day lesson that is free to the community.

We do need some volunteers for this event and a witness.

We need witness that is present for the event and fills out a witness statement.

According to the World Health Organization and the U.S. Centers for Disease Control and Prevention, drowning is major public health problem worldwide. In 2019, an estimated 236,000 people died from drowning. Drowning is the third leading cause of unintentional injury-related death, accounting for 7 percent of all injury-related deaths.

This issue is truly a matter of life and death for children and adults around the world. Drowning and non-fatal drowning impacts families everywhere around the globe, regardless of geography, race or economics.

The World's Largest Swimming Lesson™ event brings together tens of thousands of individuals from hundreds of communities around the globe that are committed to saving lives by teaching kids how to be safer in and around the water. Spreading the message that Swimming Lessons Save Lives™ is what TEAM WLSL™ is all about.

How big is the problem?

• Drowning is one of the top 5 causes of death for people aged 1-14 years for 48 of 85 countries with data meeting inclusion criteria. For example, in Australia drowning is the leading cause of unintentional injury death in children aged 1-3 years. In Bangladesh, drowning accounts for 43 percent of all deaths in children aged 1-4 years. And in China, drowning is the leading cause of injury death in children aged 1-14 years.
• According to a research study conducted by the American Red Cross in 2020, 56% of kids ages 4-17 cannot perform the basic water safety skills they need to save their own life.
• According to the CDC, every year (from 2010-2019) in the United States there are an estimated 3,960 fatal unintentional drownings, including boating-related drowning-that is an average of 11 drowning deaths per day.
• In 2019, an estimated 236,000 people died from drowning, making drowning a major public health problem worldwide. Injuries account for over 8 percent of total global mortality. Drowning is the 3rd leading cause of unintentional injury-related death, accounting for 7 percent of all injury-related deaths.
• About one in five people who die from drowning within the United States are children 14 and younger. For every child who dies from drowning, another eight receive emergency department care for nonfatal submersion injuries.
• According to the CDC, drowning is also a significant source of morbidity for children. In 2017, an estimated 8,700 children younger than 20 years of age visited a hospital emergency department for a drowning event, and 25 percent of those children were hospitalized or transferred for further care.

WHO IS MOST AT RISK IN THE UNITED STATES?

Males: Nearly 80 percent of people who die from drowning in the United States are male.

Factors such as access to swimming pools, the desire or lack of desire to learn how to swim and choosing water-related recreational activities may contribute to the racial differences in drowning rates.  Available rates are based on population, not on participation.  If rates could be determined by actual participation in water-related activities, the disparity in drowning rates between some racial and ethnic groups would be much greater.

WHAT HAS RESEARCH FOUND?